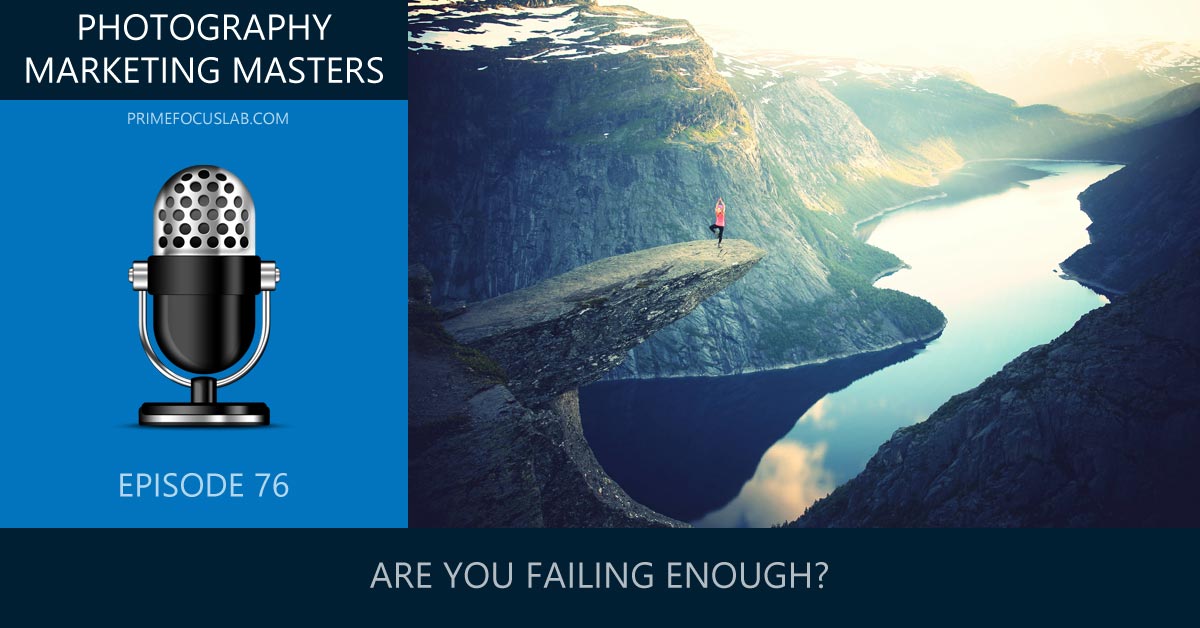 Are You Failing Enough To Succeed As A Professional Photographer?

Have you had enough of failing at achieving the success you want in your photography business? As a professional photographer, are you tired of chasing the dream? If so, it may help to realize that failure is absolutely necessary for success, and that you're going to have to fail many times as you work to grow. But this is not the same as "absolute failure" - the only way to achieve that is to quit altogether...

The world we I live in is full of necessary and inseparable opposites.

Without light there is no shadow, no heads without tails, no up without down, no cold without hot, and there’s no such thing as success without failure.

An easy concept to visualize, but to merely say success and failure are opposite sides of the same coin is to miss the fundamental core of the idea.

In reality, failure is required (and in good measure) before you can truly enjoy the fruits of success in your photography business.

I don’t know about you, but I can tell you from my own personal experience that “necessary failure” has been one of the hardest pills to swallow in my own business development.

In the early days of being my own boss, nothing hurt more than experiencing what started out as optimism about a project transforming itself into the pain of failure for reasons I couldn’t understand at the time.

Because wrestling with a failing photography business is no fun whatsoever!

Still, I got up, shook off the dust, and tried a different way.

After a while, it’s easy to feel stupid, and the frantic search for answers creates a never-ending quest for the “magic pill” to fix it all, or for the secret known only to those who are successful.

But then I learned the valuable lesson that failure is absolutely necessary for success.

More than being just a case of “paying one’s dues”, it’s more a journey of self-discovery about what it is that makes each of us unique as a professional photographer and business owner.

Because it’s what makes you different that will make you successful in the long run.

After what felt like one failure too many, someone much wiser than me said, “maybe you just haven’t failed enough yet…”

A sentiment echoed by the words of Napoleon Hill:

The truth is, nobody succeeds at any worthwhile challenge on their first attempt.

For example, athletes spend countless hours away from the spotlight pushing themselves up to and beyond their perceived physical limits in grueling training sessions before we ever see them win at what they do.

Are You Failing Enough To Succeed?

As a professional photographer, failure is a valuable element of growth. Everyday failure is how you learn to be different and stand out from the crowd... 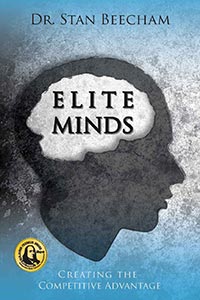 Nowhere was this idea better expressed than by Dr. Stan Beecham in his wonderful book Elite Minds, which I highly recommend to anyone trying to succeed in business.

In his book, you’ll discover the amazing (and somewhat disturbing) story of the “marathon monks”, as well as the single factor that identifies the best of the best in the special forces.

Most importantly, you’ll discover that failure is merely a step on the road to success and how to deal with it.

Perhaps one thing often separating successful people from their competitors is their stubborn willingness to fail more often than everyone else on their journey to success.

It’s a sad fact that most of us have been conditioned from an early age to think of failure as a terrible thing, and something to be avoided at all costs.

This alone has probably killed more great ideas or dreams before they ever had a chance to see the light of day.

Breaking the conditioning is admittedly a challenge, and I’ve certainly failed at it more than a few times, but I’ve come to realize success is simply the end result of getting it wrong enough times before we can finally get it right.

Part of embracing failure is knowing that “getting it wrong” is not the same thing as complete failure, even though many people confuse the two.

Absolute failure (the kind we often mistake everyday setbacks for) can only be achieved by quitting altogether.

Now relate this to yourself and your photography business…

Are you failing enough?

What are you prepared to do to get what you want?

Are you willing to fail one more time, ten more times, a hundred more times, in your quest for what you define as success?

Every day I encounter photographers who say things like:

Why bother indeed? Surely, it’s easier to simply quit and move on to something a bit less stressful?

Now, if your passion for photography as a business has gone, or your will to succeed has finally been extinguished, then perhaps it is time to quit – after all, no business can succeed if the owner lacks the passion for it because burnout will become inevitable.

Every time you fail to book a client, or you don’t see a huge response from your latest marketing effort, or your new blog post barely makes a ripple – every time that happens you actually move one step closer to your goal of succeeding.

It may not feel like it at the time, but I can tell you from personal experience that it’s absolutely true.

And consider this as well…

All those other photographers around you who angrily throw in the towel, and make the conscious choice to fail by quitting, those folks are actually doing you a big favor by making the road ahead of you a little less crowded, right?

Yes, the journey is still going to be tough, but real success comes to those who refuse to quit and my goal here at the Prime Focus Lab is to help support you every step of the way, so be brave and make failure a welcome companion on your path to success. 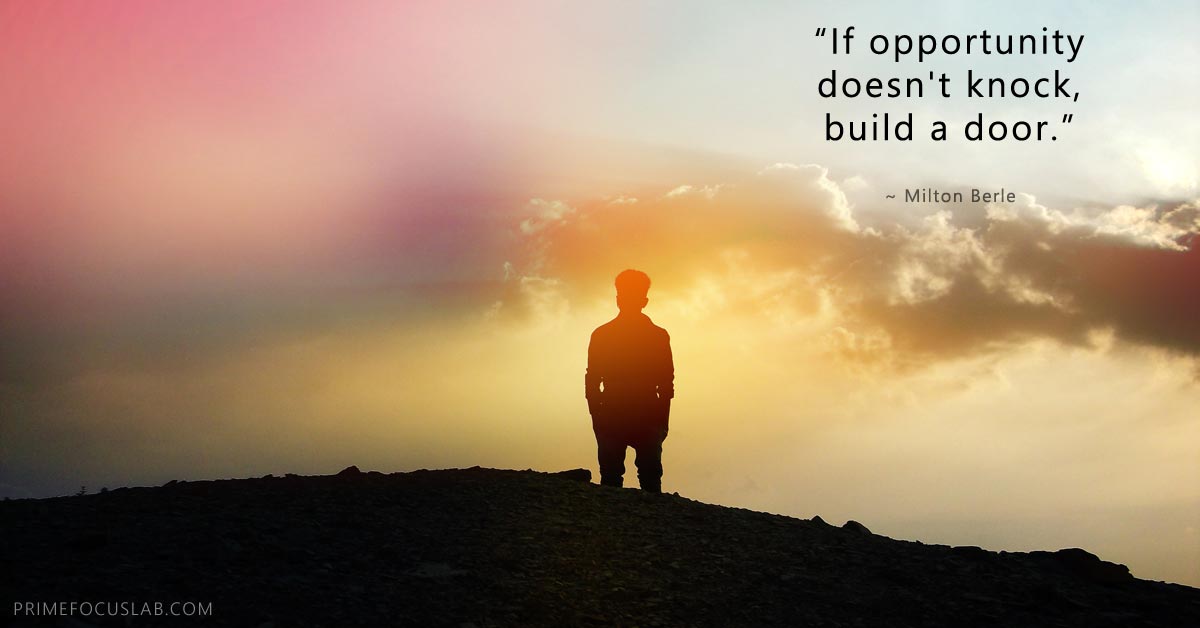 Many of the struggling photographers I’ve talked to in the past have told me they weren’t successful because they didn’t get the same breaks as those who ended up doing well.

Others said that becoming successful was just a simple matter of being lucky, or being in the right place at the right time.

Some credited success as a factor of who you know.

While those can, and do, have an impact on your eventual success as a professional photographer, it’s important to realize that most successful people actually struggled to make it just as hard (if not harder) than are doing right now.

Constant setbacks are an inevitable part of being in business, and the only way to truly fail is to quit altogether.

One way to make sure you have the luck you want in business is to make it yourself.

Forget about waiting for opportunities to present themselves at your feet.

Instead, get out there and create your own opportunities.

You’ll be amazed how far that can take you 🙂